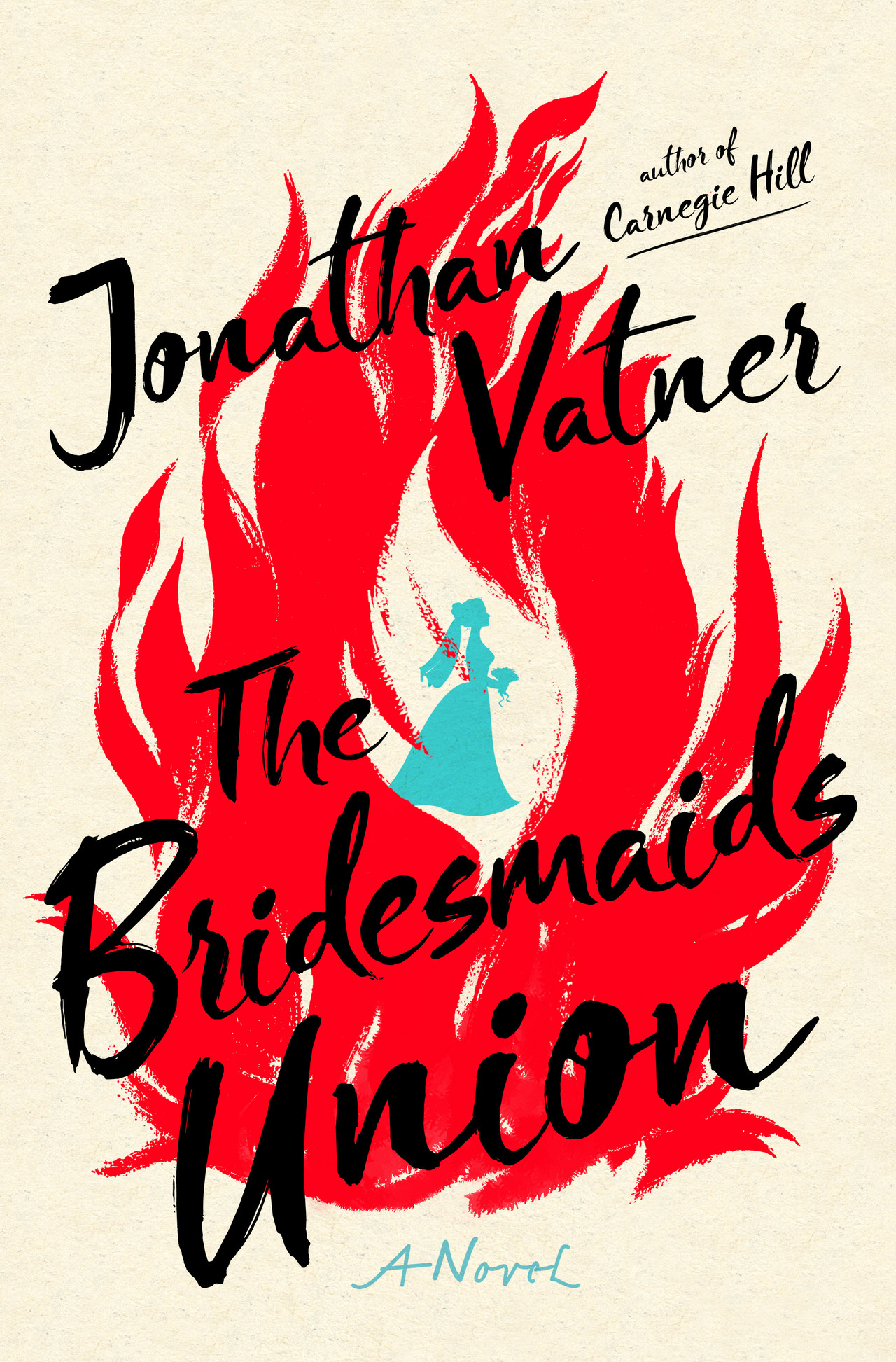 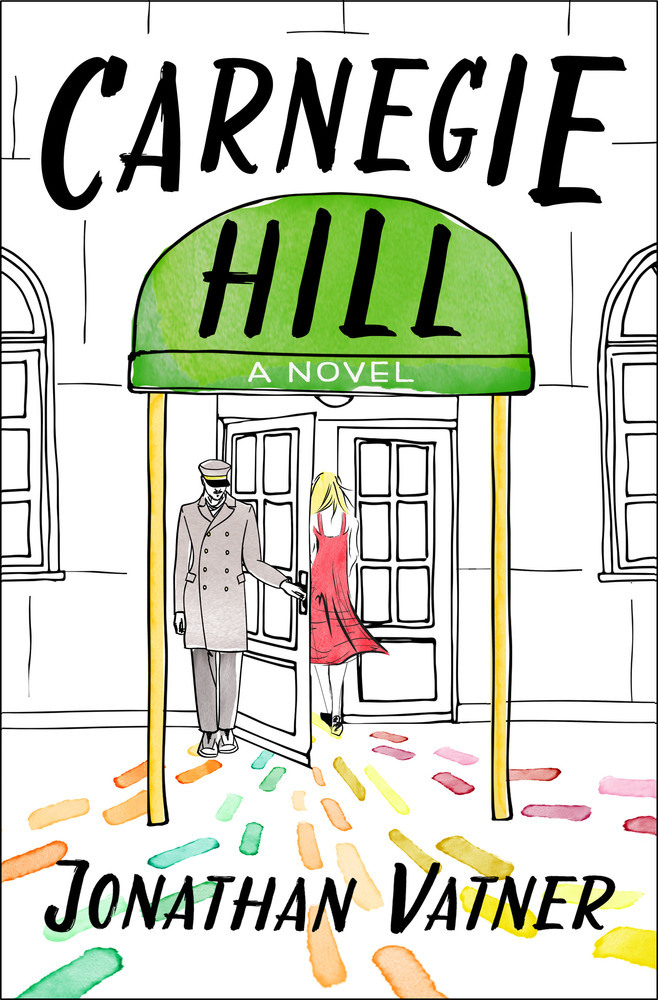 Praise for THE BRIDESMAIDS UNION and CARNEGIE HILL

"Iris makes for a punchy heroine and Jasmine a worthy foil, and their story is entertaining and, in the end, quite moving. Reading this spiky tale is like catching a beautiful bridal bouquet with thorns." —Publishers Weekly

"An amusing story with a host of intriguing personalities." —Kirkus

"In this effervescent debut about an elite Manhattan co-op, a young heiress named Pepper is determined to achieve wedded bliss with her fiancé.... Entertaining and profound." —People magazine

"Vatner ... uses the Chelmsford Arms Co-op as one part physical construct, one part metaphor to enter the lives of four couples—two older couples, and two younger ones—and in doing so, artfully examines some of the racial and gender stereotypes that transcend generational boundaries." —Los Angeles Review of Books

"Absolutely charming and heartfelt." —New York Post's Fall Books Everyone Is Talking About

"This novel about the clandestine lives of New York's upper crust makes for a perfect beach read." —Town & Country's Must-Read Books of Summer 2019

"The novel is a witty, compassionate, deeply felt (and wise) story about a diverse cast of characters.... Resoundingly so, Carnegie Hill is the kind of book you never want to end." —WhereTraveler New York

"It's his consistently wry wit and obvious affection for his deluded, struggling characters that are this novel's propelling forces, and which will win readers over with delight." —Booklist (starred review)

"[Vatner] populates the Chelmsford Arms with a delightful cast of characters, but best of all is Pepper herself, a charming, contemporary update of an Edith Wharton Character. The debut will entertain and satisfy readers." —Publishers Weekly

"The secret lives of the board members and service staff of a stuffy old apartment building on the Upper East Side of Manhattan are full of drama.... Vatner's debut novel is absorbing and comforting in its omniscient perspective and delicate handling of its carousel of characters." —Kirkus

"A shrewd confection of a novel, fun to read and warm at heart—full of neighborly sideswiping, unfeedable appetites, and an overview that sees the pride and fragility of it all. The vibrant cast makes this a page-turner—you won't envy these people for a second but you'll have a great time watching them undo and fix themselves." —Joan Silber, 2017 National Book Critics Circle Award winner and the PEN/Faulkner Award winner for IMPROVEMENT

"Carnegie Hill is that rare thing: A deft, delightful comedy of manners that also gets at dark, complicated truths about race, class, gender, and age. I loved it." –Joanna Rakoff, international bestselling author of MY SALINGER YEAR

"The Chelmsford Arms, the apartment building at the center of Jonathan Vatner's debut novel, is a bubble within a bubble, a Galapagos of the rich, full of beautifully bizarre mutations that exist nowhere else. A shrewd comic tale of old lovers, young lovers, and the blanket of privilege that both warms and binds them all. This is a marvelous book." –Jonathan Dee, Pulitzer Prize finalist for THE PRIVILEGES

"A richly imagined story, teeming with life, and a subtle exploration of the ways in which we grow or fail to grow. Jonathan Vatner has given us a wise and funny novel with a compassionate heart." –Brian Morton, author of New York Times Notable Book STARTING OUT IN THE EVENING

"In Carnegie Hill, Jonathan Vatner's array of terrifically drawn residents of a New York City co-op tackles race, homophobia, income disparity, and romance old and new. Readers of Cynthia Ozick and Amor Towles will love this witty and heartrending chronicle of modern manners. Through Vatner's sharp evocation of present-day Manhattan, we pity the rich, admire the struggling, and root for them all." –Bethany Ball, New York Times Editor's Choice author of WHAT TO DO ABOUT THE SOLOMONS

"Wit and high hilarity propel us through the pages of this tale of irrepressible lovers who are never on secure ground for long. But there's wisdom at the heart of this wonderfully buoyant novel."
–Kathleen Hill, author of SHE READ TO US IN THE LATE AFTERNOONS

"Carnegie Hill is pure reading pleasure. Like a warm-hearted Tom Wolfe, Vatner portrays the foibles of the upper crust with affection and panache—and gets all the details outrageously right. He imbues the elite residents of the Chelmsford Arms with the breath of life, and by the end we know them as family. He's a wise, wry writer, and this is an uplifting, irresistible debut."

"Carnegie Hill has got to be one of the most charming, hilarious, and insightful books I've read in ages. When it comes to New York's (often befuddled) elite, Vatner has an eagle eye for detail, and an ear for whip-smart dialogue. This is an assured, heartfelt debut."

–Grant Ginder, author of THE PEOPLE WE HATE AT THE WEDDING